After a week off for Christmas, I hit the kitchen as hard I could the week of New Year’s. We have standing plans on New Year’s Eve with another family, and we take turns hosting each year. We have been ringing in the new year together for twenty years, and this was our year to host. Knowing that one of our guests is a pescatarian, I took full advantage of the opportunity to prepare on of Ina’s many seafood dishes. This week I also made two cocktails in two days, tasted a dish I’ve never tasted before, and had an onion soup cook-off later in the week. I had a lot of strong feelings about most of what I cooked, and as a result, this post is longer than most. Here we go…

SIDE CARS WITH DRIED CHERRIES. If you like Whiskey Sours (and Ina’s are the best I’ve ever had), then you will enjoy this drink. It is in the same vein as a Whiskey Sour, but uses brandy. The resulting drink is a bit more sophisticated in flavor. I made this for New Year’s Eve, and it was the perfect specialty cocktail for the setting. I made them in batches early in the day, set up glasses with sugared rims, had the soaked cherries ready on skewers, and was able to shake these up when our guests arrived. They have just enough of a fancy flair to feel more special than a simple mixed drink, but are not at all daunting or difficult.

DINNER SPANAKOPITAS. Oh my goodness, yes. We collectively could not get enough of these. They were spectacular. In fact, I had planned to serve these for dinner earlier in the week, but then our plans changed. So I followed Ina’s suggestion and froze the unbaked spanakopitas and then baked them later. I did not thaw them. I did not adjust the cooking time or temperature. I just popped them into the oven, directly from the freezer, and thirty minutes later they were done. The flavor is amazing, and the phyllo dough is perfection. I cannot wait to make these again.

PROVENCAL FISH STEW WITH SRIRACHA ROUILLE. Let me get this part out of the way. The rouille didn’t work. It’s supposed to be like a garlic-sriracha mayonaisse, but mine never emulsified and it was a failure. I’m sure I did something incorrect, and I will figure that part out another time. But the fish stew, even without the rouille, was epic. I made homemade seafood stock (see below), and the flavor of that alone was breathtaking. The stew was artful, yet relatively simple to prepare. Layers of flavors resulted in a stew that was anything but boring. I prepped all the ingredients for the stew that morning. When our friends arrived for New Year’s Eve, I started cooking, and it came together in a snap. I can’t recommend this highly enough.

SEAFOOD STOCK. Make this. No excuses. No regrets. It requires one pound of shrimp shells, and you should definitely use the shrimp meat to make the Roasted Shrimp Cocktail (see below). This stock made the house smell amazing, and I am convinced it was a contributing factor to how delicious the finished few stew tasted. I have purchased seafood stock from the grocery store fish counter, and in no way are these two products even remotely related. If you’re going to go tot he trouble to make a seafood dish that needs stock, then plan ahead and make this stock from scratch. I would not say the same of beef stock or chicken stock. But in my opinion, homemade seafood stock is always necessary.

ROASTED SHRIMP COCKTAIL. Simply put, this is the best shrimp cocktail you will ever eat. Roast it. Chill it. Enjoy it. I served mine with a batch of Ina’s Bloody Mary (see below).

SPICY BLOODY MARY’S. Are you seeing the chain of events? Seafood Stew required Seafood Stock. Seafood Stock resulted in Shrimp Cocktail. And Shrimp Cocktail (obviously) resulted in requiring a batch of Spicy Bloody Marys with which to serve them. It makes total sense. I love a good Bloody Mary, complete with all the garnishes my glass can hold. In this case, I put the cold Shrimp Cocktail on skewers along with briny olives and served it alongside long stalks of crisp celery. It was basically brunch in a cup, and you will hear no complaints from me.

BAKED CINNAMON DONUTS. Come on, Ina. Don’t tell me this yields twelve donuts without providing any pan specifications. The first time I made this, I overfilled the pan because I was trying to make sure it only yielded twelve donuts. The batter overflowed and it did not look like donuts. I tried it again, using less batter, and they looked like donuts, but they weren’t that great. I wanted to love these so much, and I even bought special pans, but they just weren’t that great. It was easy and fun and my kids liked the idea, but I will not be making these again.

STUFFED CABBAGE. This was new for me. I have never had stuffed cabbage, and per Ina’s suggestion, I made this on a cold winter night. This is a dish that has a very unique flavor. I cannot quite compare it to anything familiar, and that is unusual in my book. Bottom line, I loved this dish. My family was on the fence. They liked the idea of it, but the flavor threw them a bit. The sauce in this dish is unexpectedly sweet from the addition of brown sugar and raisins to the tomato base. In my opinion, the sweetness balances the savory filling nicely. This dish is warming, nourishing, and easy to assemble. I loved that it baked for a full hour, which is always a welcome gift during the evening time.

LOBSTER MAC AND CHEESE. What is it about lobster? I feel like the appeal of lobster comes in saying that something includes lobster, not in the actual flavor. The only wow factor is in the title, but not in the finished product. Would I have known this was lobster if you hadn’t told me? Probably not. But the second that you mentioned it was Lobster Mac and Cheese, I would feel the need to be impressed, and that feels insincere for some reason. I purchased cooked lobster meat (because in no way am I cooking a live lobster only to add it macaroni and cheese), but at $35 a pound, this is more expensive than beef tenderloin. I suppose this is an ingredient that would make more sense in certain parts of the country. Maybe other regions think of lobster the way Texans think of avocados. We have them all the time, they are beautiful, and they are relatively inexpensive. This was tasty, but it did not knock my socks off given the sticker price of the main ingredient. Lobster aside, Ina’s basic mac and cheese is my go to. I’ve been making it for my family for years, and it is the best.

CURRIED CHICKEN SALAD. You either do or do not enjoy curry, and if you do, you’re going to love this chicken salad. Half of my family is on team curry, the other half is not. For those of us who enjoy the flavor, we could not get enough. I could have made myself sick eating this, and I made it my lunch for a solid week.

ONION AND FENNEL SOUP GRATIN. FENNEL SOUP GRATIN. I made both of these soups on the same night. I followed the recipes exactly as written, and the results were astonishing. When it comes to a stand alone soup in the style of French Onion, the Fennel Soup Gratin wins. But, if you are going to add the delicious bread and broiled cheese on top, the Onion and Fennel Soup Gratin wins. The Fennel Soup is a chicken broth base, and the Onion and Fennel Soup is beef broth based. For being so similar, they were quite different. Sadly, I don’t think either of them win my heart. I have had killer French Onion Soup, and neither one of these hit the mark for me. They are delicious soups, but they feel rushed or trying too hard to short cut the extremely long time it takes to correctly caramelize onions and build on that base of flavor.

POTATO CHIPS. Not worth it even a little bit.

MERINGUES CHANTILLY. Are these a lot of trouble? Yes. No mincing words. These are tricky and take a lot of time. But if you feel like taking on this project, it will reward you with a beautiful, delicious, impressive dessert. Hear my heart, these are not difficult. They are just involved. Ina breaks it all down for you, and the directions are easy to follow. I don’t work with meringues, and I was able to make these with ease. They require six hours in the oven, and so I made them a day ahead, which felt like a gift, and then assembled all the components the next day. The perfect setting for these would be when you are having some friends over to celebrate a birthday or if you are hosting a celebration. I regret not making these for New Year’s Eve, as they would have been perfect with a glass of cold champagne at midnight. 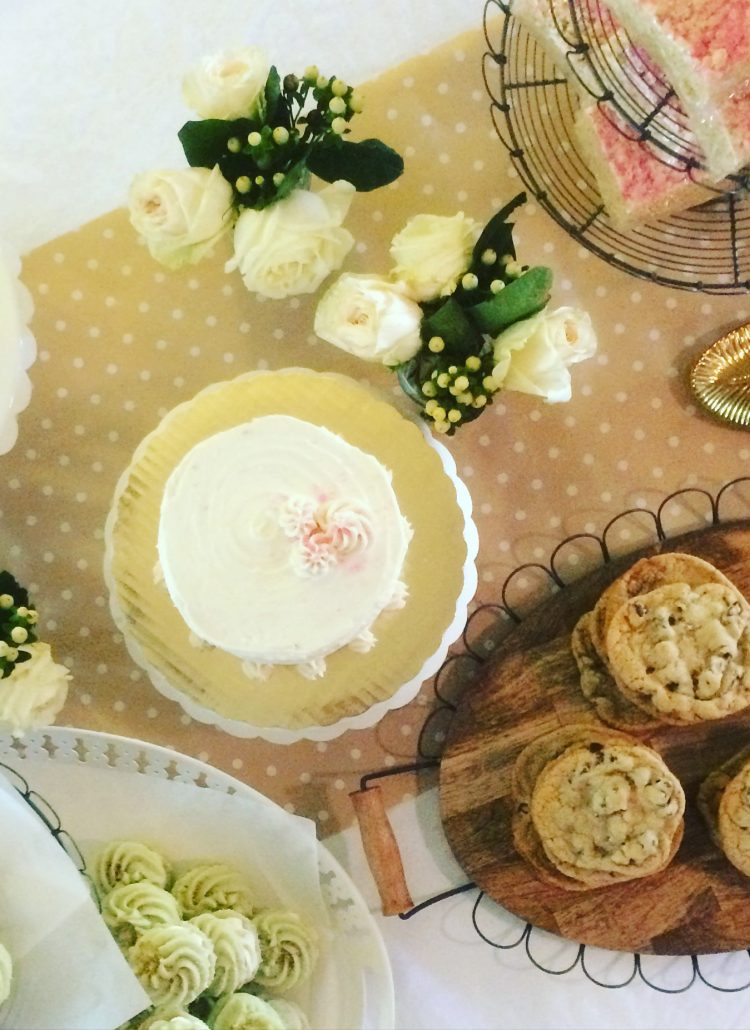 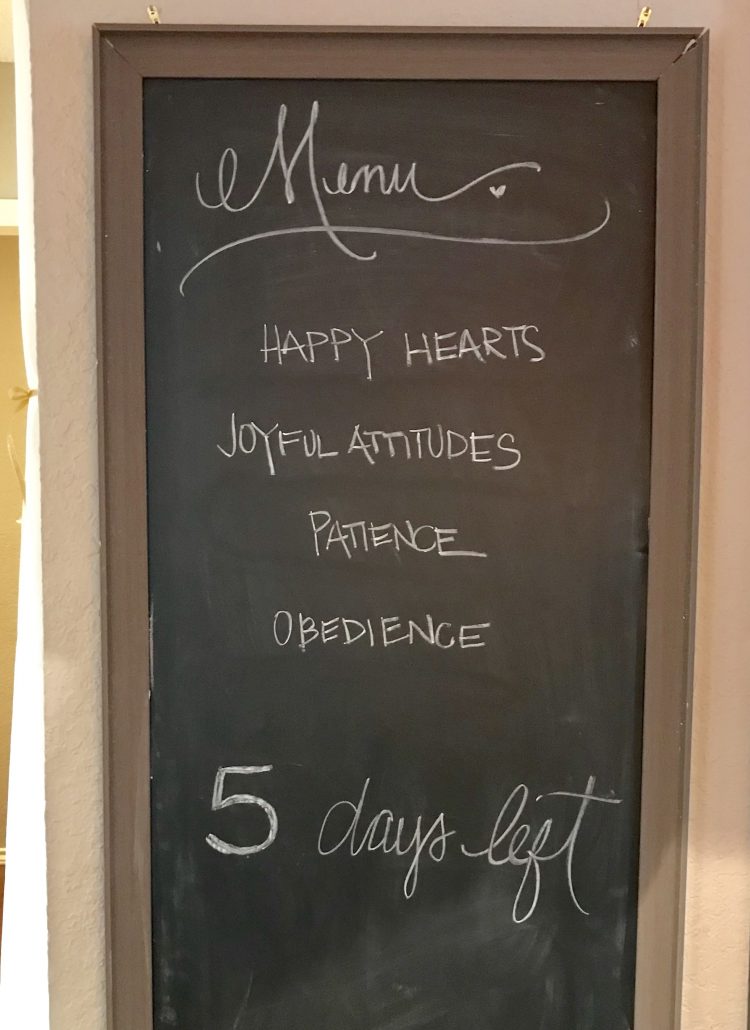 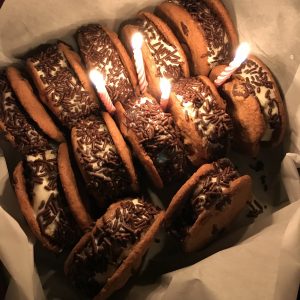 Have we talked about Hot Hammies?

If you were aro 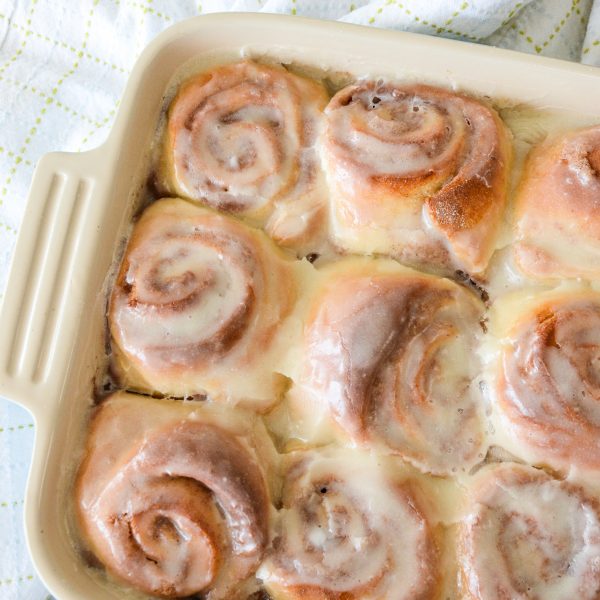 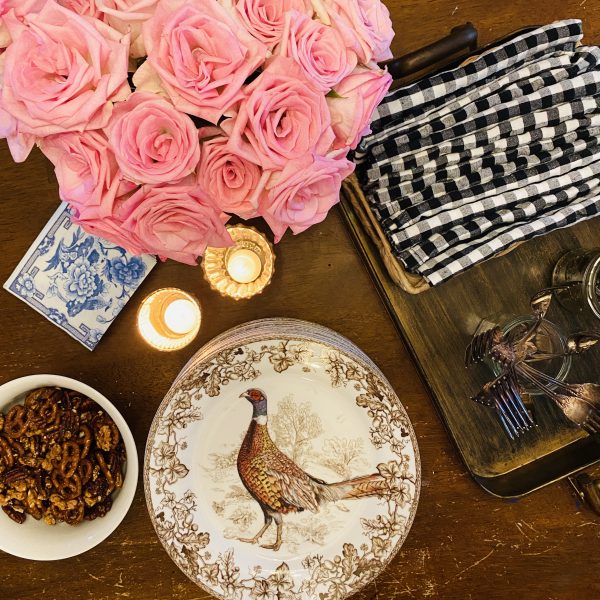 Have we talked about Hot Hammies? If you were aro